ava
Mina Deris was born in 1981 in a family coming from Abadan, Khuzestan province, which is located in southwest of Iran, very close to the Persian Gulf and the Iraq border. During the years of the Iraq war all the family had to move to Tehran. At the age of 15 she went back to Abadan and she lived there for a couple of years and these years have been the most inspiring time for Mina to learn about her original cultural roots and music. She started studying music in Abadan and some years later she continued the music courses in Tehran with the masters Hengameh Akhavan and Farhang Sharif. Since 2000 till the present she has been working in different bands such as Hoorakhsh, Samae, Yaddasht, Navak, Arshan, Polaris and Limer. One of the special features about Mina’s music and singing is that she is able to sing in many different languages and dialects; this makes her music very colorful. As she is a woman with Arab ethnicity of Iran, she is mainly focused on performing Arabic music. She sings very old melodies of this region which are not well known even among Iranian people. She creatively sings in different new arrangements. Her music is mainly a fusion of Arab folkloric music and electronics. She recently has began working in different music and theatre projects as well. 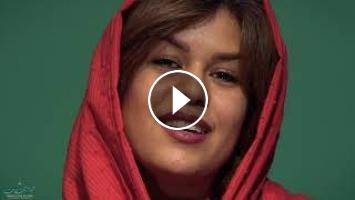 Mina Deris was born in 1981 in a family coming from Abadan, Khuzestan province, which is located in southwest of Iran, very close to the Persian Gulf ...